On December 2, 1741, Count Nikolaus Ludwig von Zinzendorf (founder of the Moravian Church) landed for the first time in North America. From the port of New York, he began his overland journey to Philadelphia and the newly-founded Moravian settlement of Bethlehem in the Pennsylvania colony. During the winter, spring, and early summer of 1742, he made various preaching trips to German settlements in southeastern Pennsylvania, traveling as far west as Conestoga. In late July, 1742, he embarked on a series of three trips to Native American settlements north of the Blue Mountains. He departed from Pennsylvania in January, 1743, and returned to London in February, 1743. On March 7, 1743, he presented an account of his experiences among the German and Native American settlements in Pennsylvania to a Moravian gathering at Fetter Lane, the headquarters of the Moravian church in London. 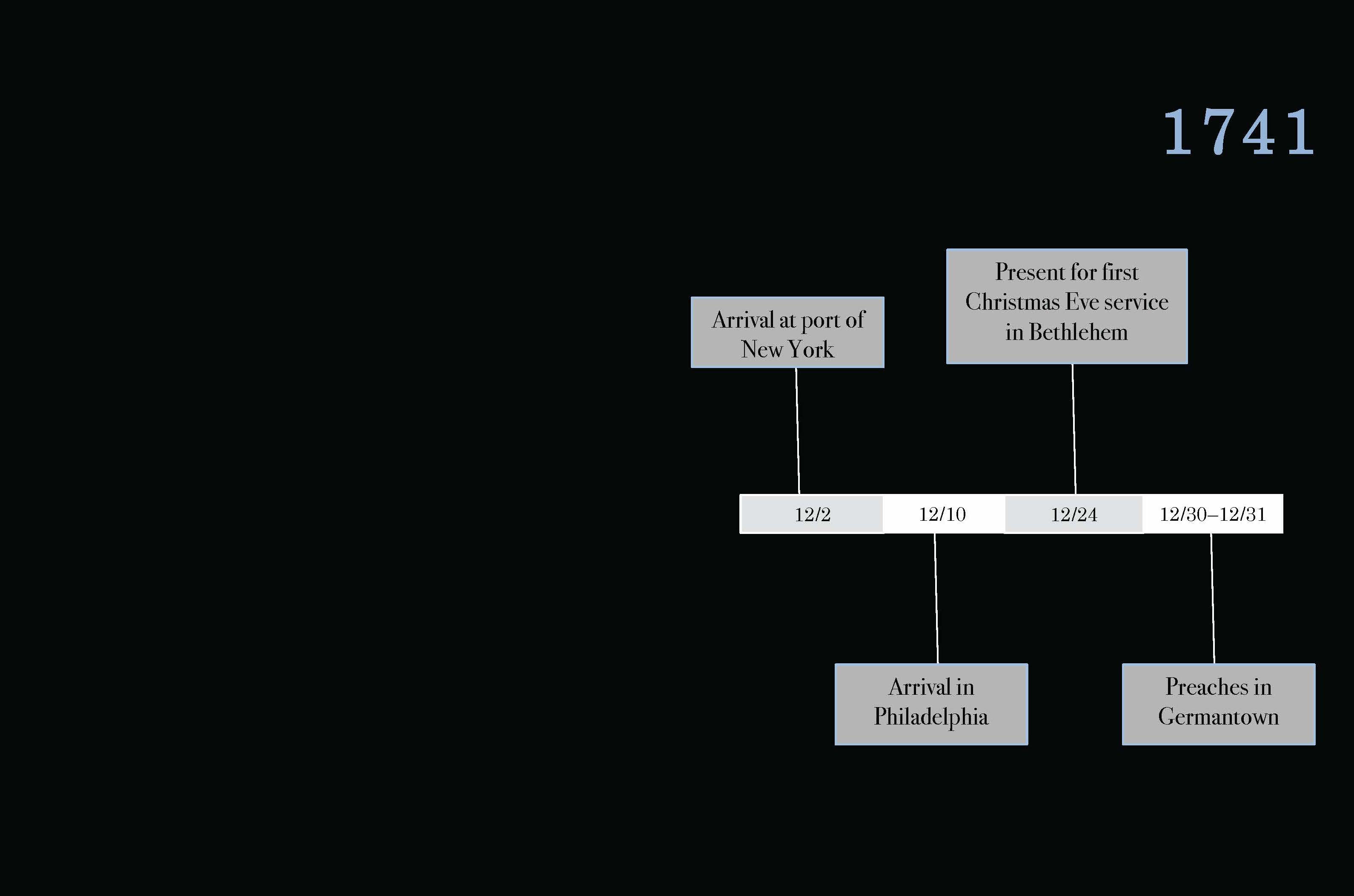 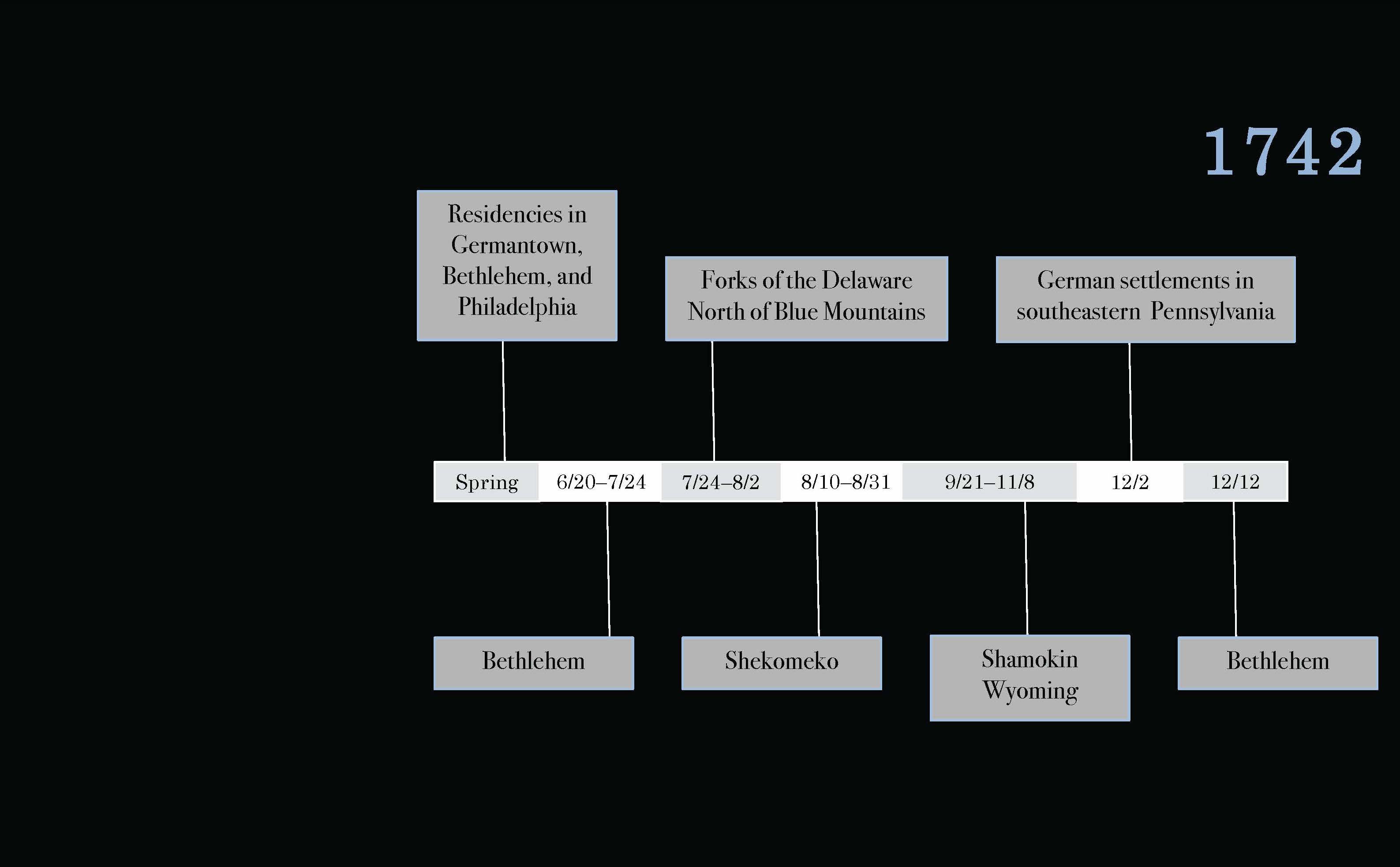 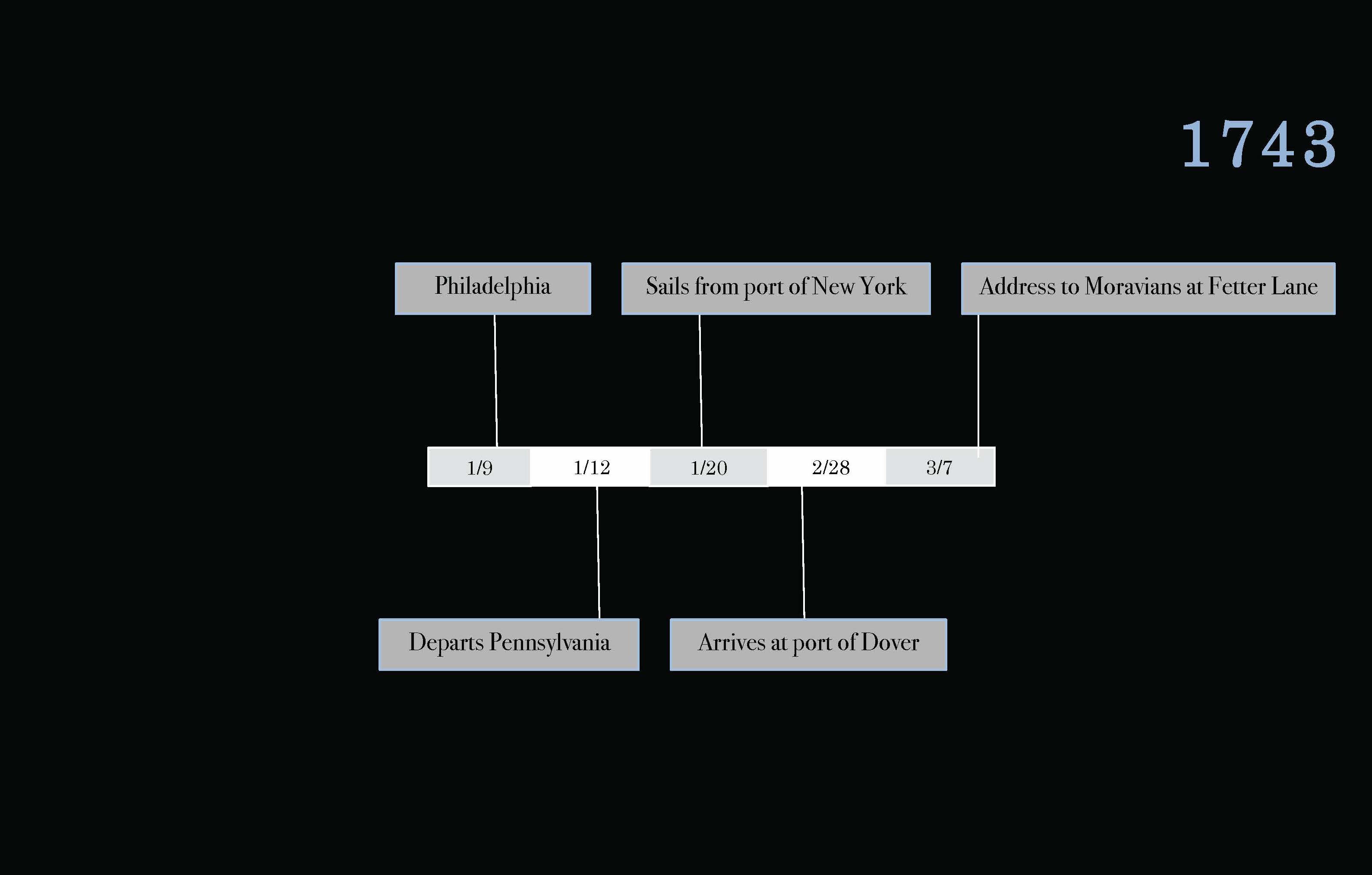